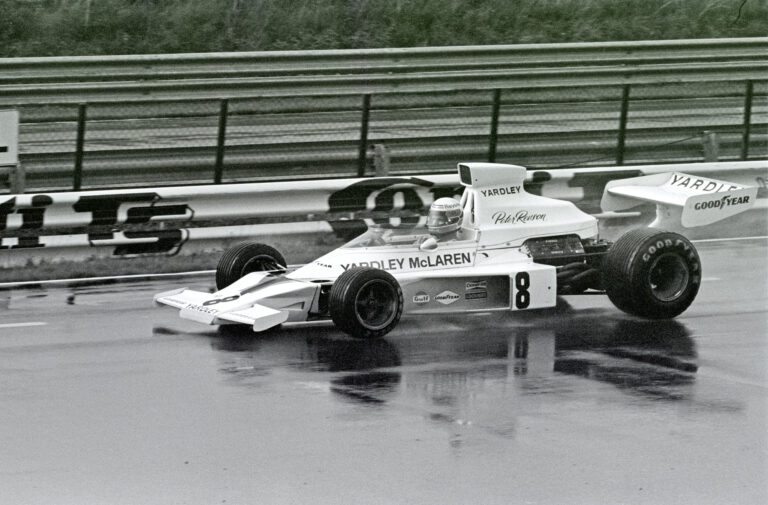 Peter Revson sets out for a new practice run in the McLaren M23-02. He finished 9th in the 1973 German Grand Prix.

The McLaren M23, designed by Gordon Coppuck, was extremely successful and remains one of McLaren's most iconic racing cars. Introduced in 1973 the M23 was still raced as late as in 1978. Many chassis were built and some were sold to customers who continued to race the M23s in non-championship Formula One races successsfully for many years. The M23 had a wedge shaped nose and a complete engine and gearbox cover combined with the air intake box. The radiators were positioned on either side of the cockpit. To comply with the new safety regulations regarding deformable structures the monocoque had inner and outer skins of 16-gauge aluminum with foam injected between them. The chassis featured rising rate front suspension with tubular double wishbones and upper links extended inboard, operating the coil spring/damper units. Rear suspension was by reversed lower wishbones, single upper links, twin radius rods and outboard coil spring/damper units. Of course the M23 was continually further developed to keep it competitive, with revised rear wings, modified airboxes and side pods, a longer wheelbase, revised track dimensions and relocation of the oil coolers among the most important modifications. Emerson Fittipaldi clinched the 1972 Drivers' World Championship in an M23, and in 1976 the M23 allowed James Hunt to become World Champion. Its successor, the McLaren M26, took a long time to be developed into a race worthy car, and was not nearly as successful as the M23 had been. 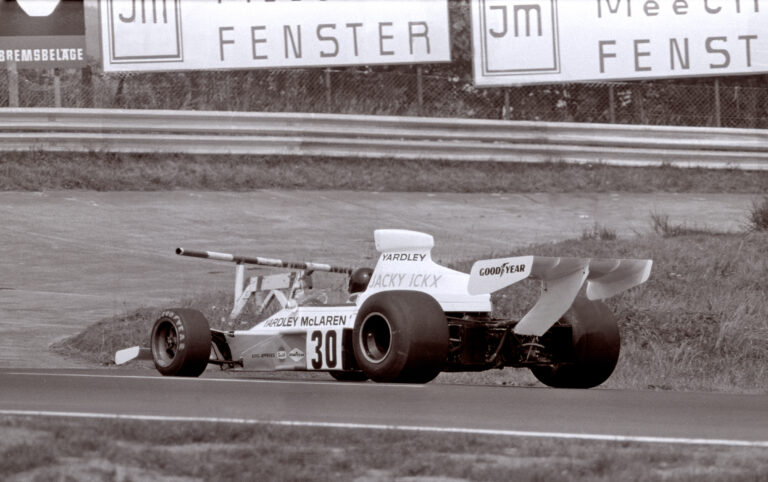 At the 1973 German Grand Prix Jacky Ickx made a guest appearance for McLaren and finished a strong 3rd in the McLaren M23-04, fastest of all McLarens. 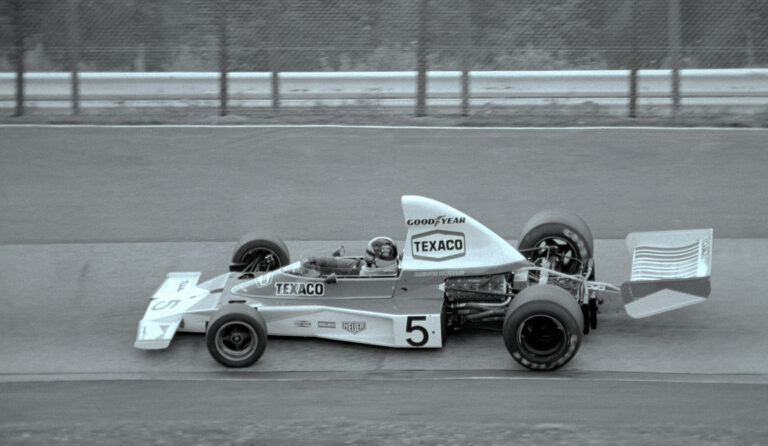 During practice for the 1974 German Grand Prix Emerson tried a new low rear wing but raced the McLaren M23/8 with the usual wing. A punctured tyre forced him to retire. 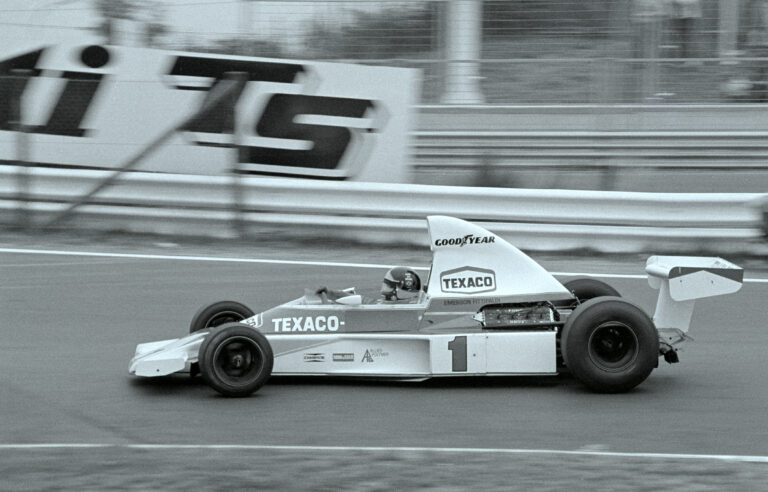 Fittipaldi at speed in his McLaren M23-9. He had to retire from the 1975 German Grand Prix because of severe vibrations, caused by a damaged suspension. 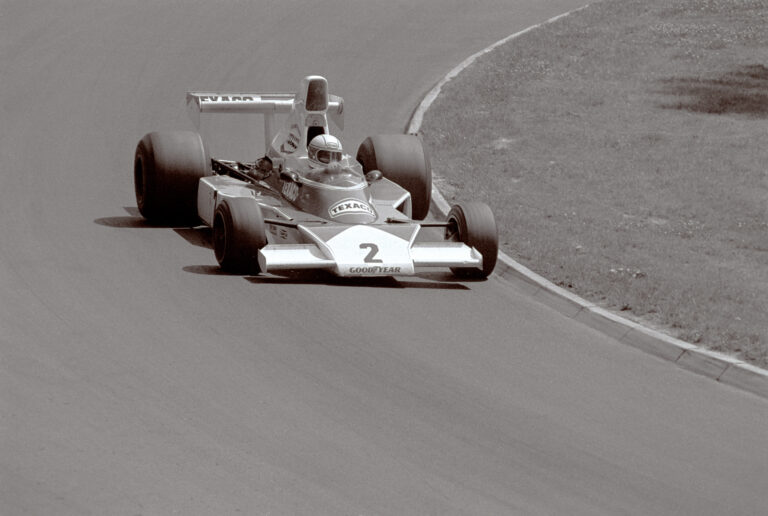 The superb handling of the M23/4 is demonstrated by Mass, who is driving absolutely on the limit. Jochen had to retire from the 1975 German Grand Prix following a crash. 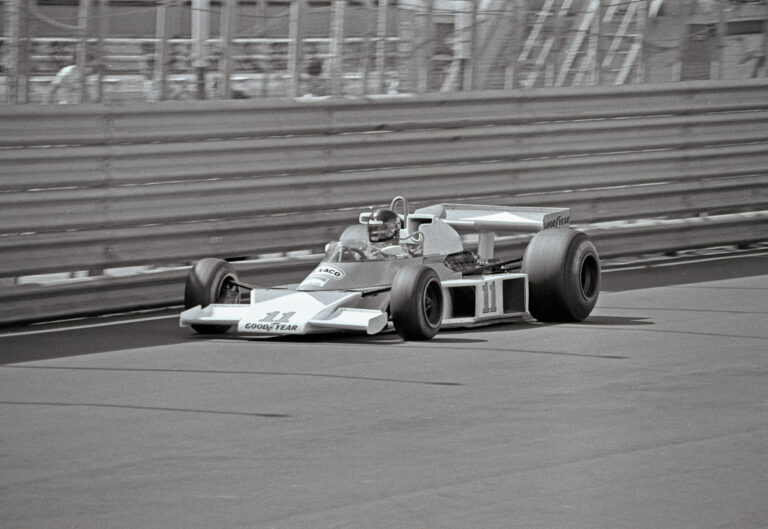 The McLaren M23 was competitive for many years and allowed Hunt to win the 1976 drivers' World Championship. James won the 1976 German Grand Prix in the M23-8-2. 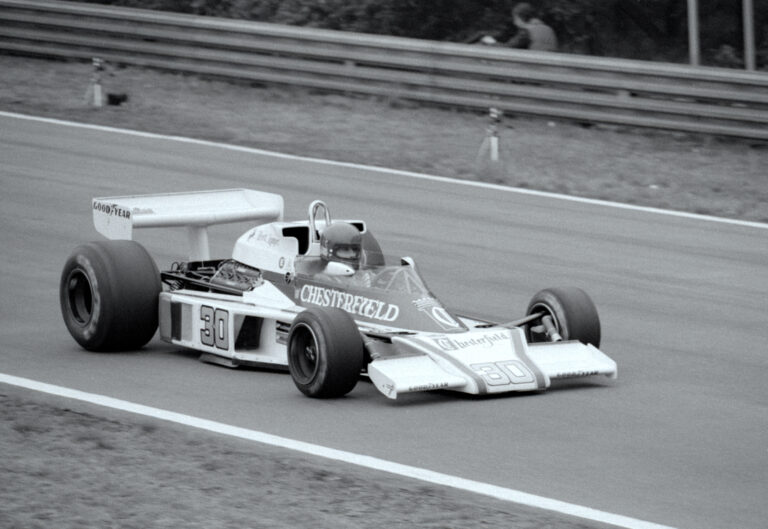 Brett Lunger was a non-starter at the 1977 Belgian Grand Prix as there hadn't been enough time to change the engine of his McLaren M23-14. 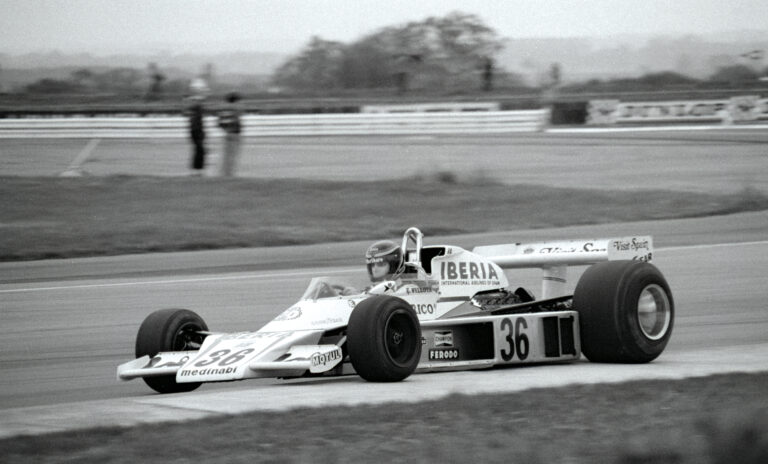 One of many drivers to race a McLaren M23 was the Spaniard Emilio Villota, who wasn't quick enough to qualify his McLaren M23-6 for the 1977 British Grand Prix. 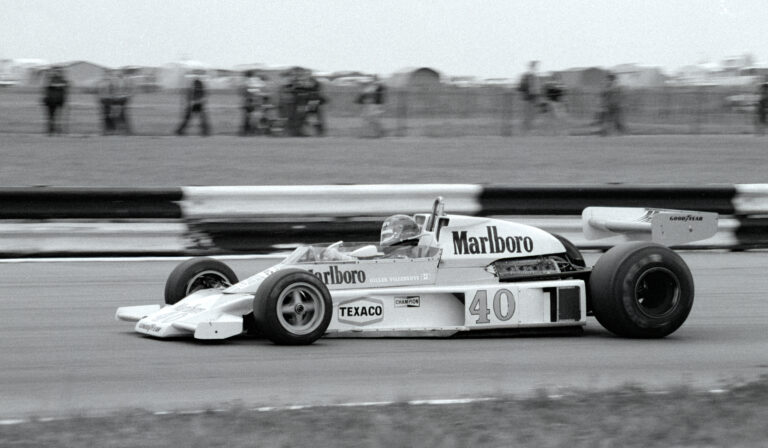 At the 1977 British Grand Prix Villeneuve might well have finished in the points in his McLaren M23-8, but a faulty metering unit dropped him back to 12th. 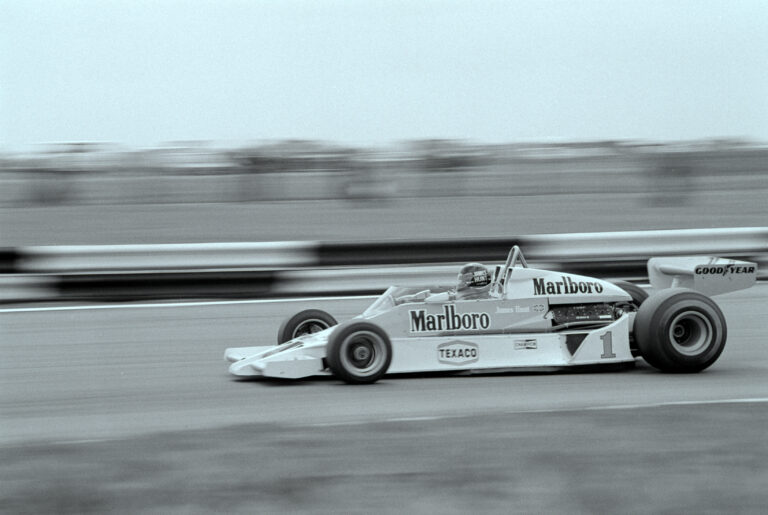 Hunt took pole position and went on to win the 1977 British Grand Prix in his McLaren M26-2. It was the first victory of the M26 and the M23 was finally abandoned.