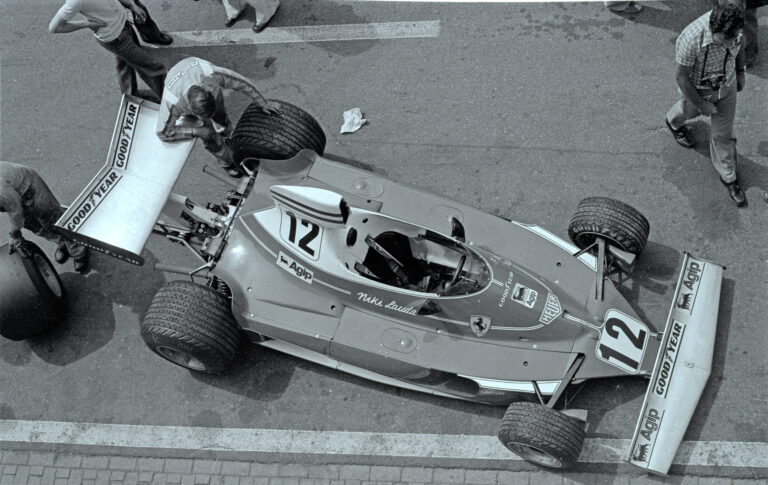 A bird's eye view of the 1975 Ferrari 312T (22), showing off its smooth bodywork. Lauda finished 2nd at Zandvoort behind the surprise winner James Hunt in a Hesketh.

The 1974 season marked Ferrari's return to form when both Lauda and Regazzoni started winning races again for the Maranello team, with Regazzoni deputy champion in the 312B3. For the 1975 season a totally new chassis had been designed by Mauro Forghieri, with the gearbox now mounted ahead of the final drive and the gearbox shafts at right angles to the centre-line of the chassis. The cars were now designated 312T (T for "transversale"). The front suspension had been redesigned, featuring exceptionally long rocker arms operating the coil spring/damper units, which were inclined at a sharp angle at the upper end. The new monocoque chassis tapered at the front and the modified bodywork was much more streamlined. Thanks to Lauda'a frequent testing at Fiorano, Ferrari's private test track, the 312T was not only very quick, but reliable as well. In 1975 the 312T was the class of the field, enabling Lauda to start from pole position 9 times. With Lauda taking 5 GP victories that year he convincingly won the Drivers' World Championship. He was bound to repeat this achievement in 1976, but the Austrian had a severe accident at the Nürburgring and had to miss two races, allowing James Hunt to snatch the title from Lauda by just one point. In 1977 Lauda got his revenge and became world champion again. The 312T was continually developed further into the T2, T3, T4 and eventually T5. Modified bodywork and rear wings to create more downforce, repositioned water radiators, revised front and rear suspension and side skirts were among the most important modifications. The T4 allowed Jody Scheckter to become World Champion in 1979. The T5 proved unsuitable to turn into a ground effect car and the 312Ts were abandoned in 1981, with the arrival of the turbocharged V-6 126C. 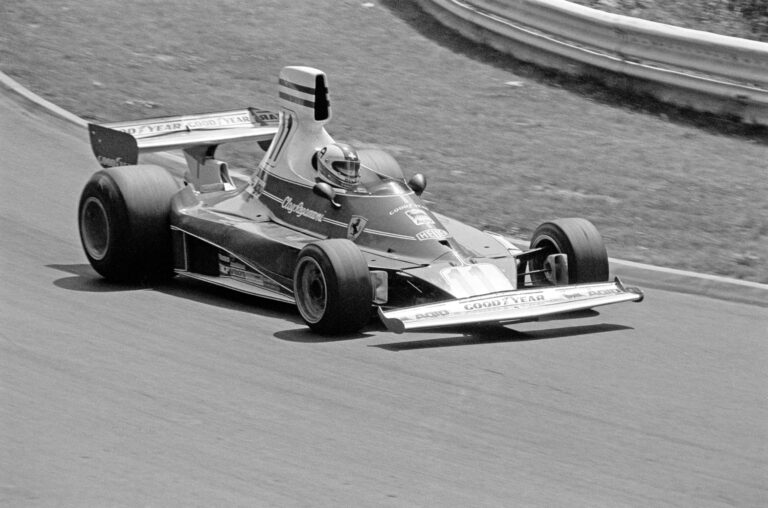 Clay Regazzoni taking his Ferrari 312T through Hatzenbach. Clay was lying 2nd when his engine blew up and he had to retire from the 1975 German Grand Prix. 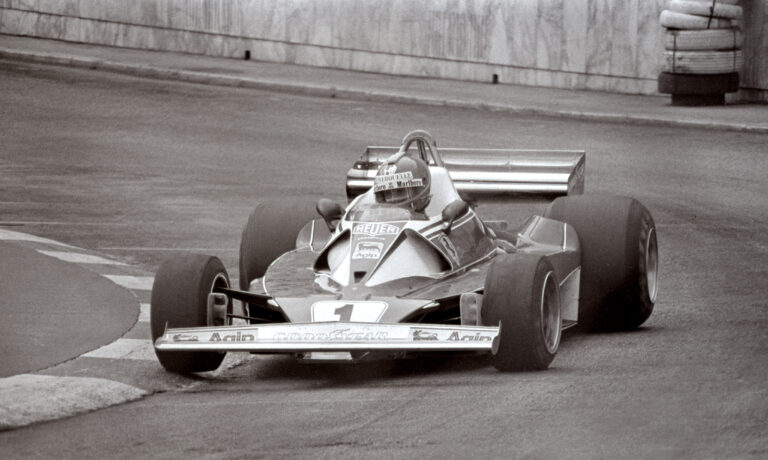 In Monte Carlo the Ferraris ran like clockwork and after putting his Ferrari 312T (26) on pole Lauda convincingly won the 1976 Monaco Grand Prix. 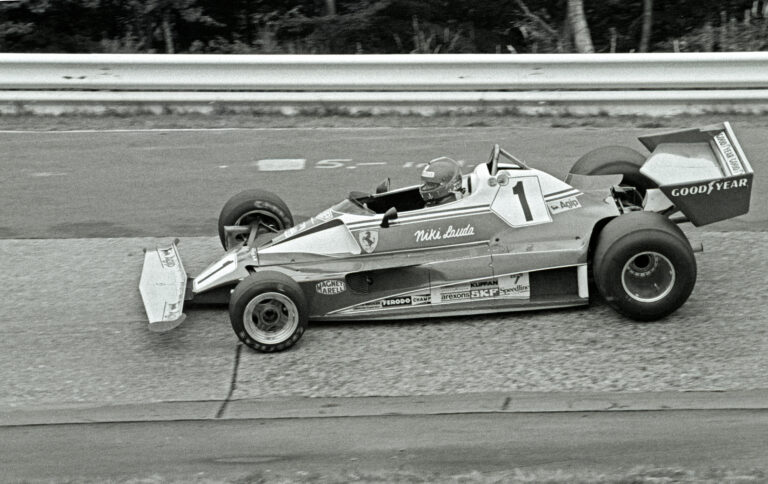 The Ferrari team experimented with different rear wings. The one on Lauda's Ferrari 312T-2 (28) has a V-shaped leading edge and a straight trailing edge. 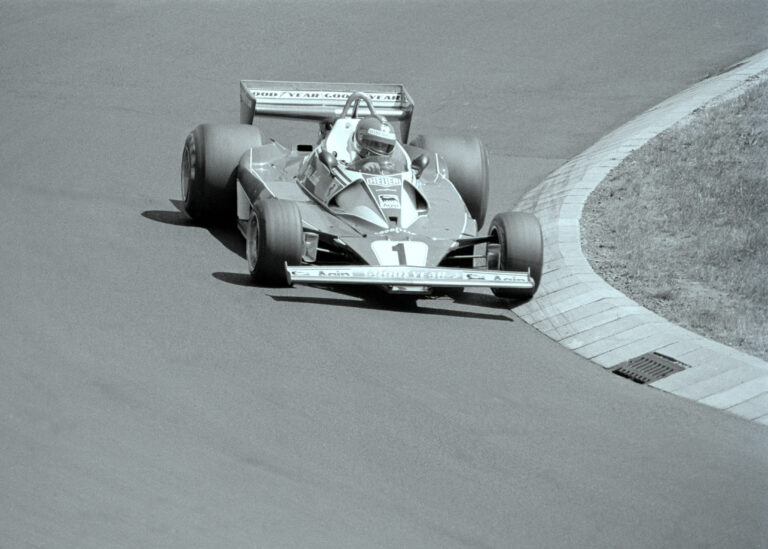 Driving absolutely on the limit Lauda is hitting the curbs in his Ferrari 312T-2 (28). He had a horrifying accident at Bergwerk on lap two of the 1976 German Grand Prix. 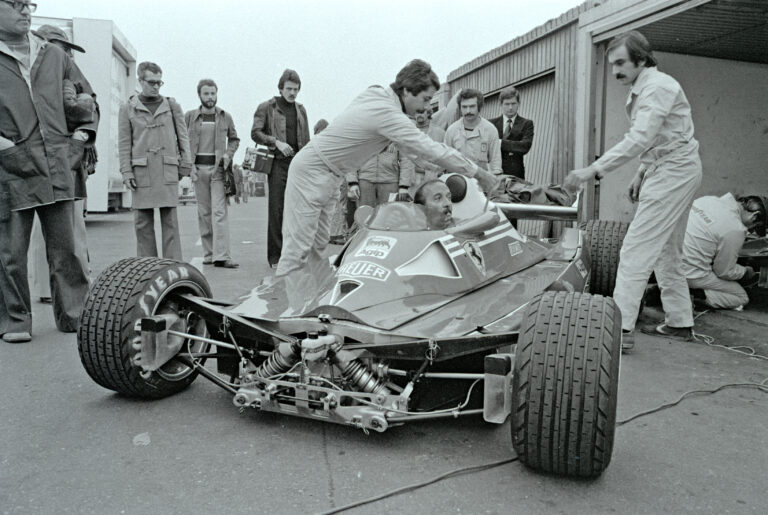 Lauda's personal mechanic Ermanno Cuoghi has fired up the engine of Lauda's 312T-2 (30) shortly before practice for the 1977 Belgian Grand Prix will start. 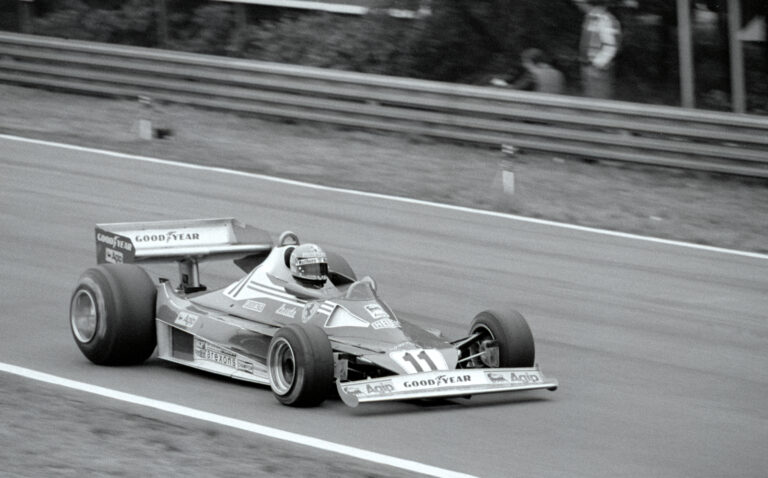 Having qualified only 11th for the 1977 Belgian Grand Prix Lauda drove masterfully in appalling weather conditions to finish a strong 2nd in his Ferrari 312T-2 (30). 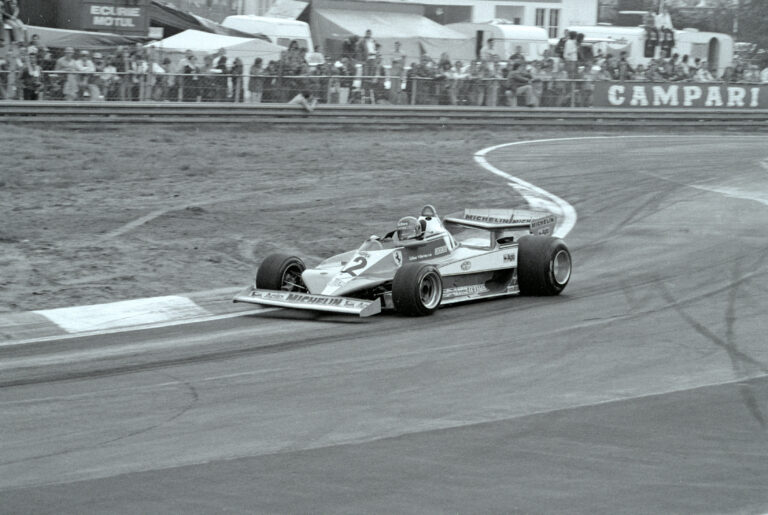 After a few nasty accidents Villeneuve had arrived on a steep learning curve and finished a fine 4th in the 1978 Belgian Grand Prix in the Ferrari 312T-3 (34). 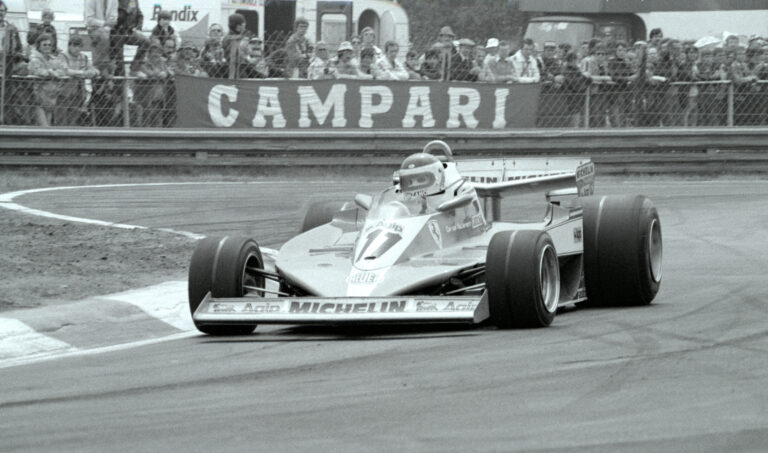 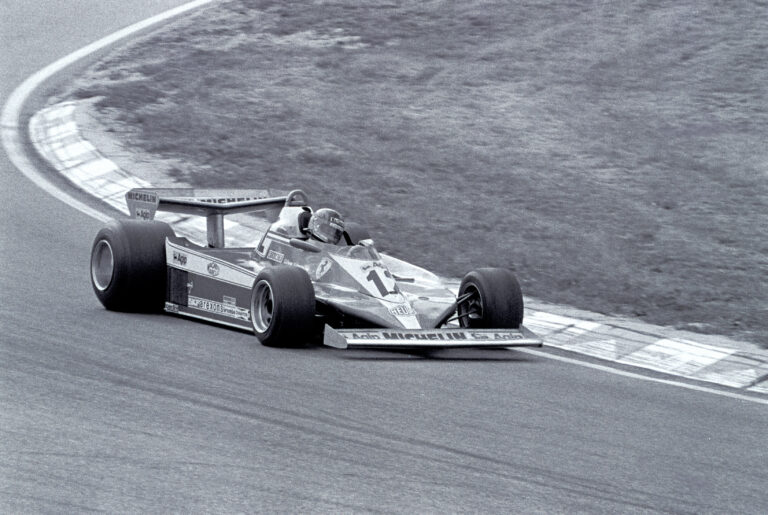 Villeneuve's aggressive driving style in the Ferrari 312T-3 (34), frequently opposite locking his car, was a joy to watch. He finished 6th in the 1978 Dutch Grand Prix. 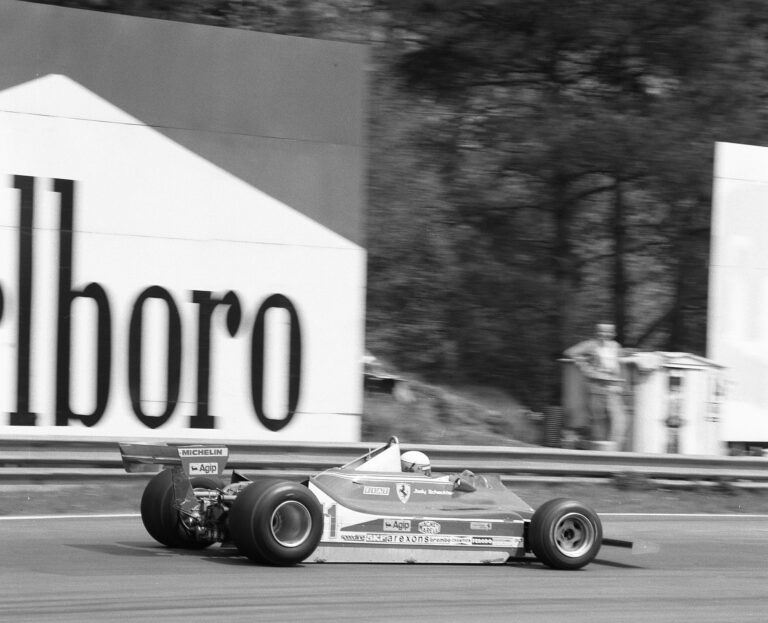 Having started from 7th Scheckter drove his Ferrari 312T-4 (40) to victory in the 1979 Belgian Grand Prix after a race long battle with Laffite's liger. 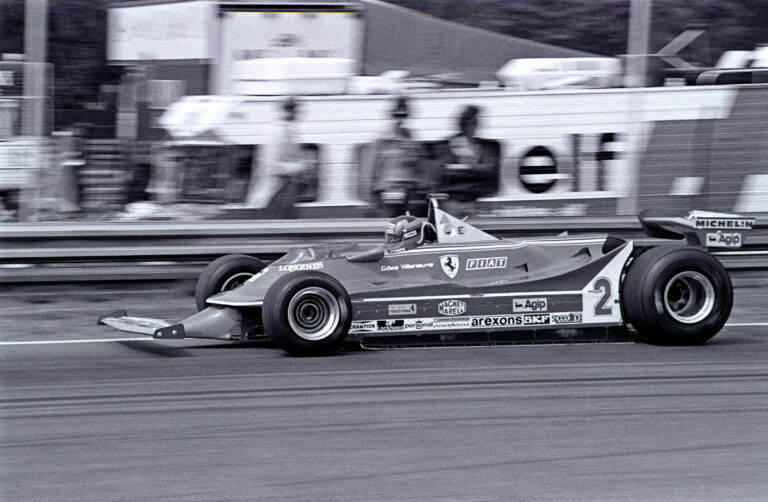