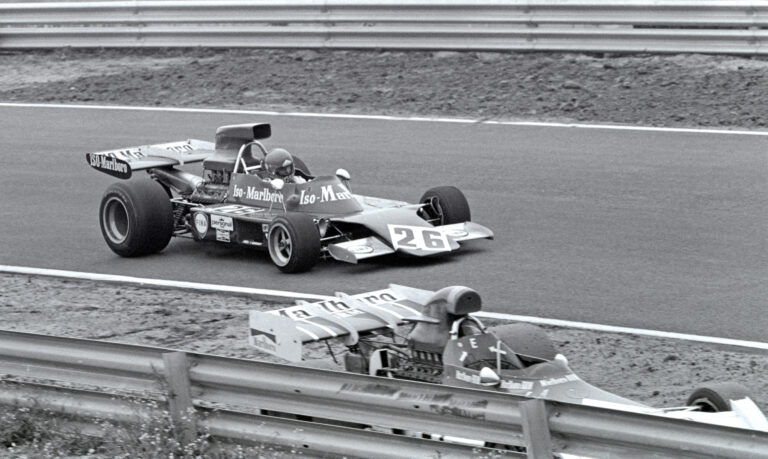 Gijs van Lennep acquitted himself very well in the 1973 Dutch Grand Prix by finishing 6th in the ISO-Williams FW01, collecting a championship point.

Gijs van Lennep is the most successful Dutch racing driver of the 20th century. In 1967 he won his first race in Sweden, driving a DAF F3 with an innovative variable transmission. He went on to drive for Porsche and won the famous 24-hour race in 1971, together with the Austrian Helmut Marko, and the Targa Florio in 1973. Gijs was also successful in F5000, winning the European Championship in a Surtees. Between 1971 and 1975 he participated in a number of F1 races, driving for Surtees, ISO-Marlboro and Ensign. He finished 6th in the ISO-Marlboro at Zandvoort in 1973, collecting the first championship point for Frank Williams. In 1975 he drove a strong race at the extremely demanding Nürburgring circuit to finish a very creditable 6th, collecting another championship point. In 1976 Gijs won the Le Mans 24-hour race for the second time, this time with the famous Belgian Jacky Ickx. 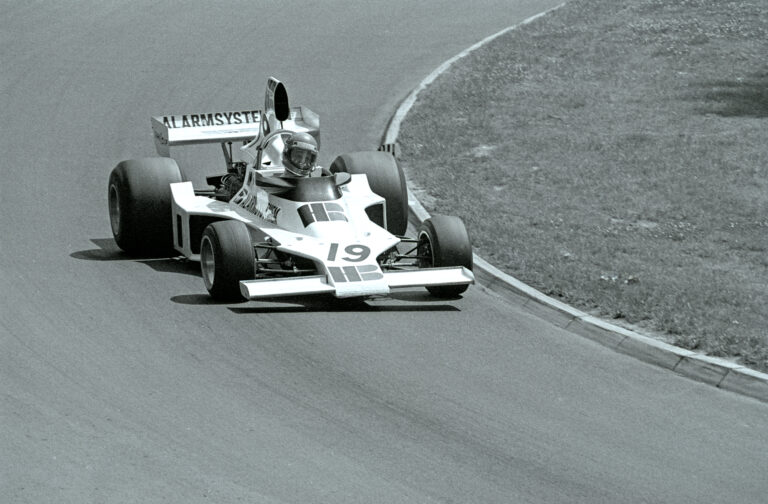 During the 1975 German Grand Prix Gijs van Lennep finished an excellent 6th in the Ensign N175 (MN04) on the extremely demanding Nürburgring. 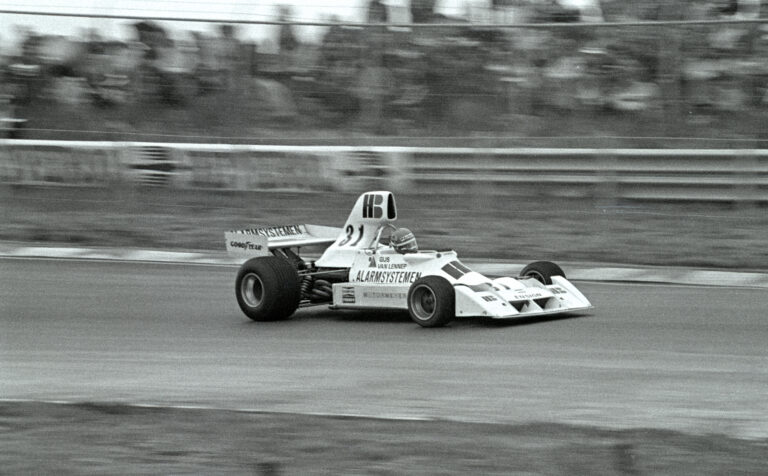 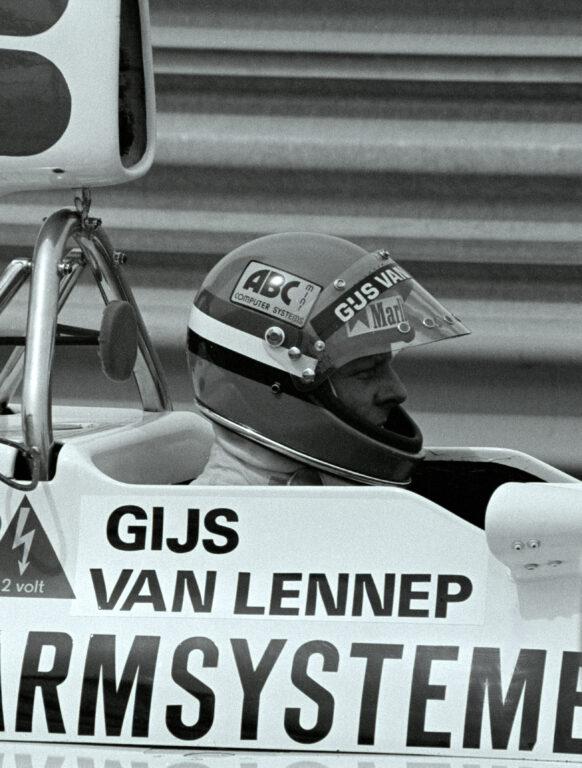