Colin Chapman and his team manager Peter Warr contemplating on the team's strategy shortly before practice for the 1973 Belgian Grand Prix will start.

The Lotus 72, a brilliant design by Colin Chapman, was used for many years. Introduced in 1970, the Lotus 72 was still raced by the Lotus Team as late as in 1975, which is incredibly long. The adaptable Lotus 72 was designed in such a way as to be able to set up its chassis for any particular track. Many of its design details were copied by other teams. During its long racing career the Lotus 72 was continually developed further, with revised rear wings, modified airboxes, different track dimensions, relocation of the battery to the front, and a longer wheelbase among its many modifications. The Lotus 76, which was intended to succeed the ageing Lotus 72, had proved to be a failure, so the Lotus 72 had to be used for yet another season. That year, 1975, the cars proved more difficult to set up and despite frantic efforts by the team to improve the handling of the cars they were off the pace all season. The new generation tyres developed by Goodyear didn't suit the cars, which had the weight bias too much on the rear and the drivers were unable to get their front tyres working within the desired temperature range, which resulted in a lack of grip at the front. But with many race wins, two drivers' and three constructors' world championship titles, it would be a serious understatement to call the Lotus 72 a successful racing car.

At the 1973 Belgian Grand Prix Ronnie Peterson contrived to crash three times, keeping the mechanics busy patching up one chassis after another. 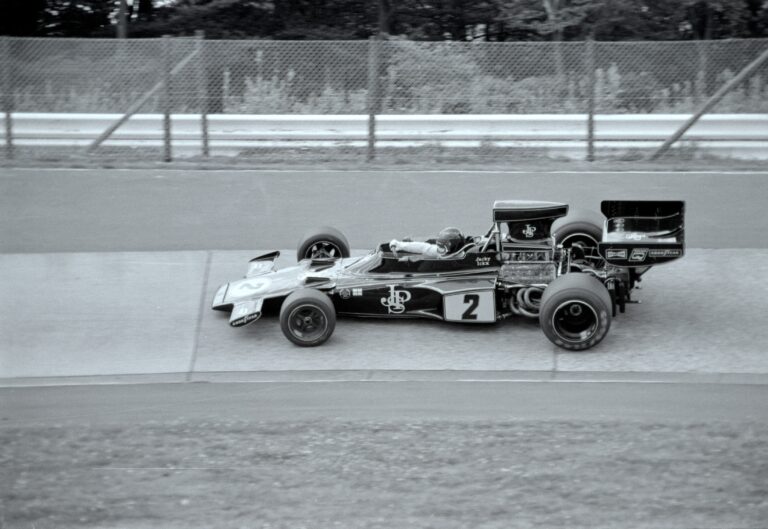 "Ringmeister" Jacky Ickx in the Lotus 72E/5 with which the finished a fine 5th in the 1974 German Grand Prix. 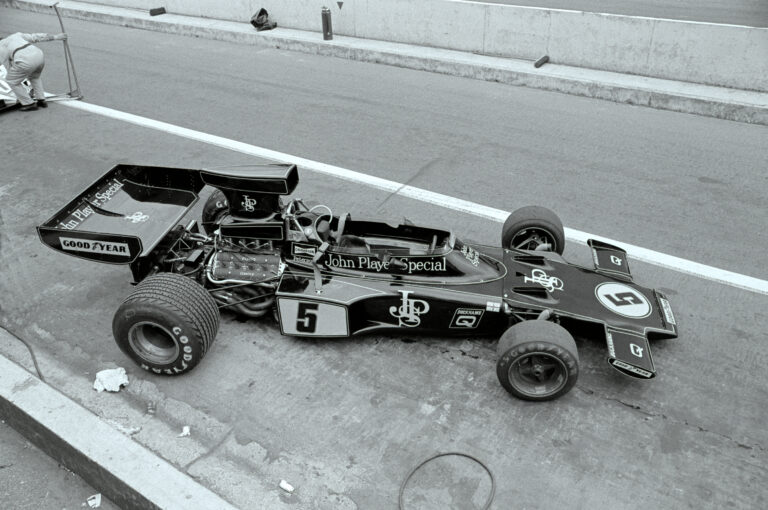 Peterson's Lotus 72E/9 looks immaculate in its black JPS livery. Ronnie crashed out of the 1975 Belgian Prix when his brakes failed. 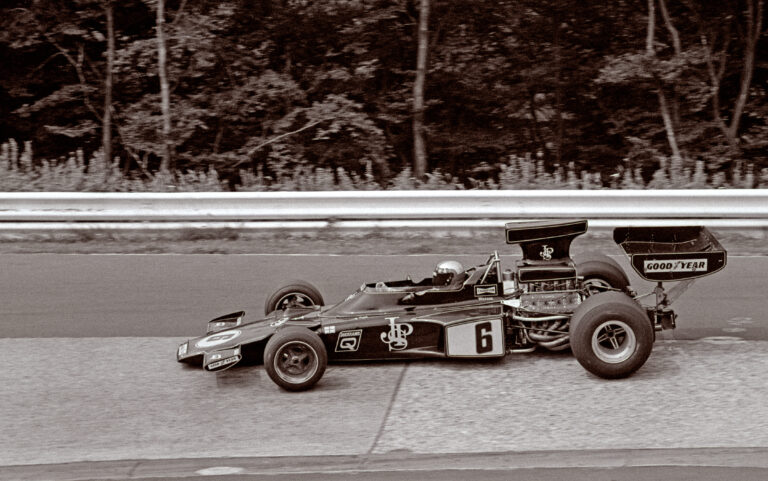 John Watson made a guest appearance for Team Lotus at the 1975 German Grand Prix. However, he had to retire the Lotus 72E/8 with a broken front suspension.