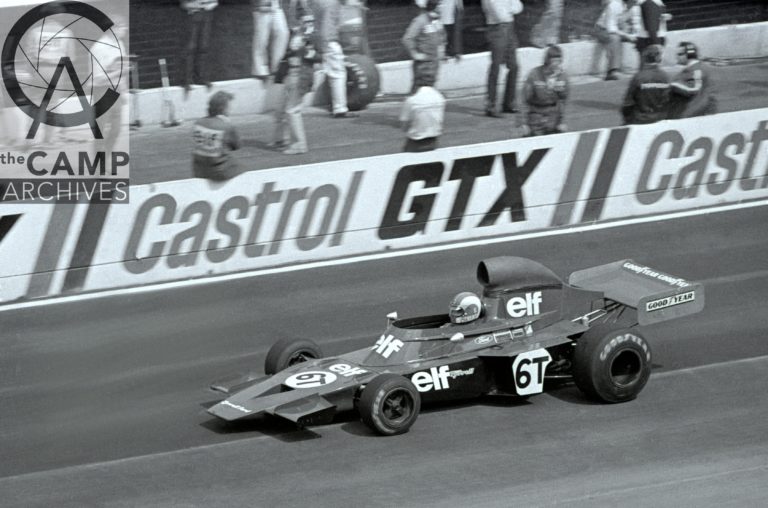 François Cevert in the experimental Tyrrell 005 during practice for the Belgian Grand Prix at Zolder.

This gallery shows some extremely rare photographs of the Tyrrell "chisel nose car", chassis 005. which featured a wedge shaped nose, modified bodywork, and a revised rear wing. The water radiators had been moved to the side pods and the oil cooler was mounted in the nose. The car was raced only once, in Canada where it finished 10th in the hands of Chris Amon. Scotsman Jackie Stewart and Frenchman François Cevert occasionally tried the car during practice sessions only. The photographs show Cevert in car number 6T at Zolder and Stewart in car number 5T at the Nürburgring. 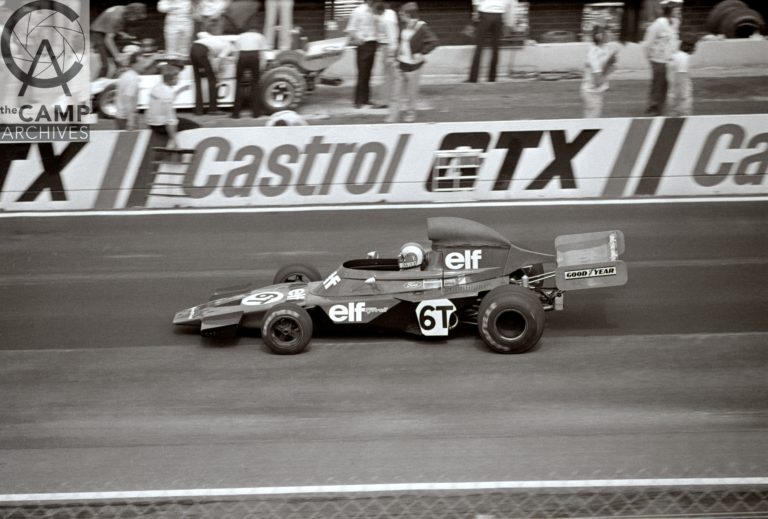 François Cevert in the experimental Tyrrell 005 during practice for the Belgian Grand Prix at Zolder. 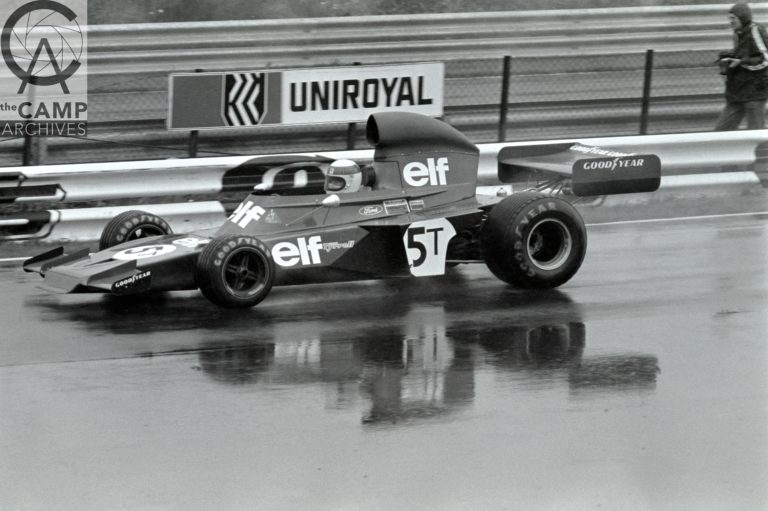 Jackie Stewart sets out for another practice lap in the experimental Tyrrell chassis 005 in appaling weather conditions. 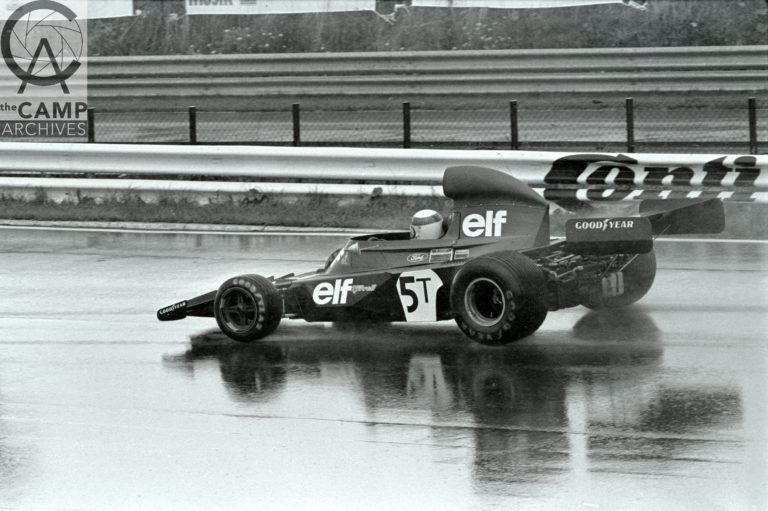 Jackie Stewart taking Tyrrell chassis 005 through the Süd Kurve during practice for the German Grand Prix at the Nürburgring, August 1973.