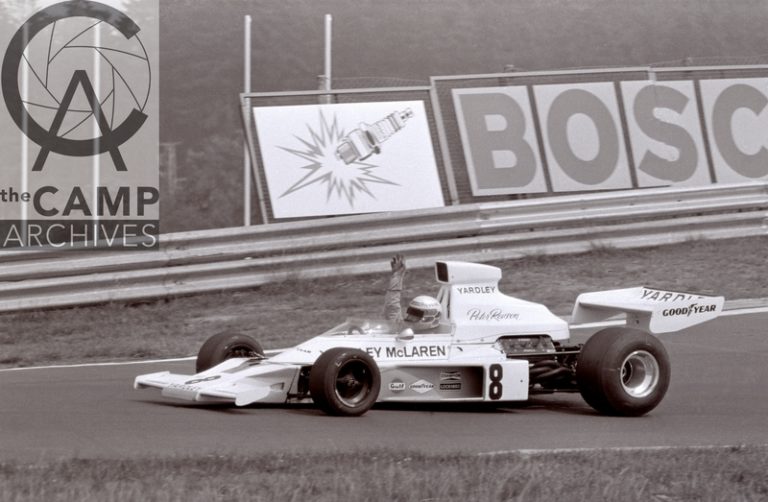 Revson waving his arm to indicate that he will take the loop back to the pits.

McLaren was, and still is, one of the top teams in F1. The McLaren M23 was a very successful design, which was raced from 1973 - 1978. The car was constantly modified, with different airboxes, sidepods and rear wings being fitted in the course of time. Because it was so competitive for such a long time it took quite some time to make its successor, the M26, raceworthy. 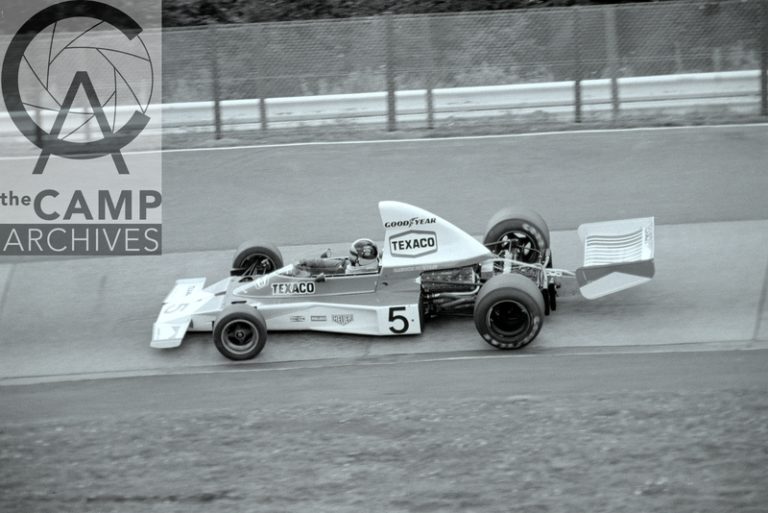 Emerson Fittipaldi taking his M23, fittied with the "low boy" rear wing. He used it in practice but had it removed for the race. 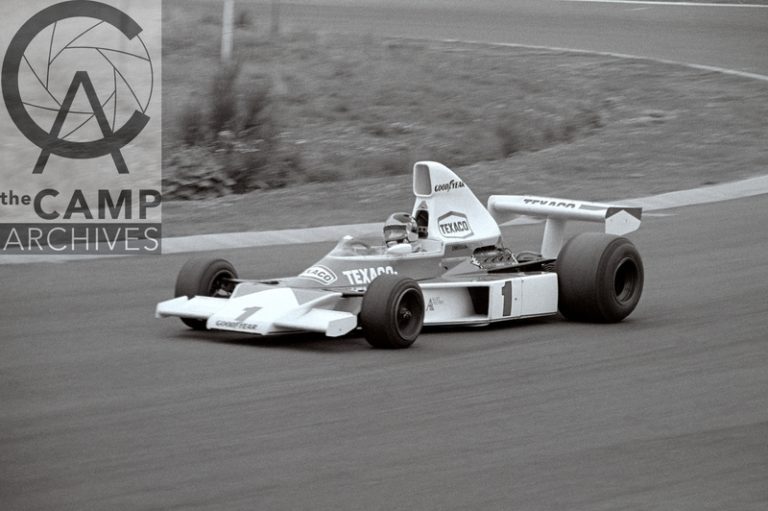 World Champion Emerson Fittipaldi putting the power down on the exit of South Curve. 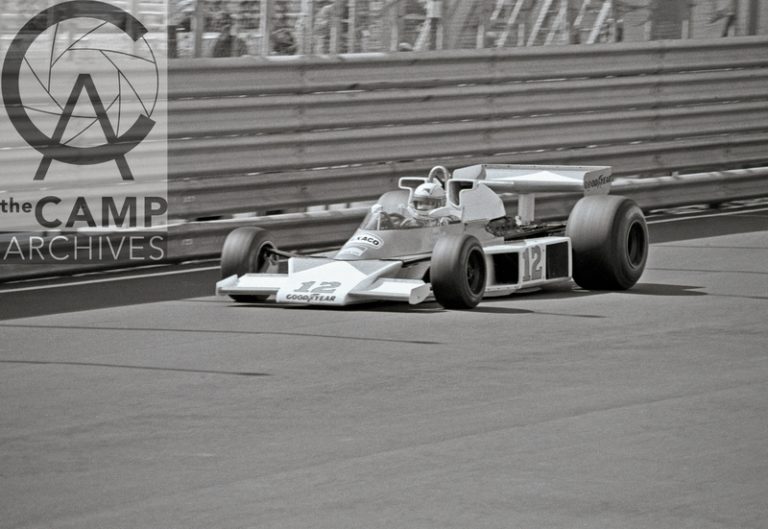 Jochen Mass in the McLaren M23, which was still competitive in its fourth year of service. 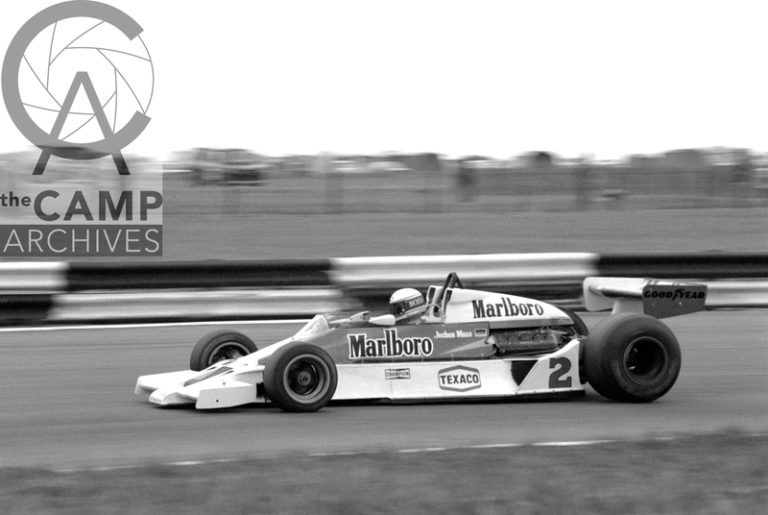 Mass at speed in the Mclaren M26, which took some time to reach the stage of competitiveness. 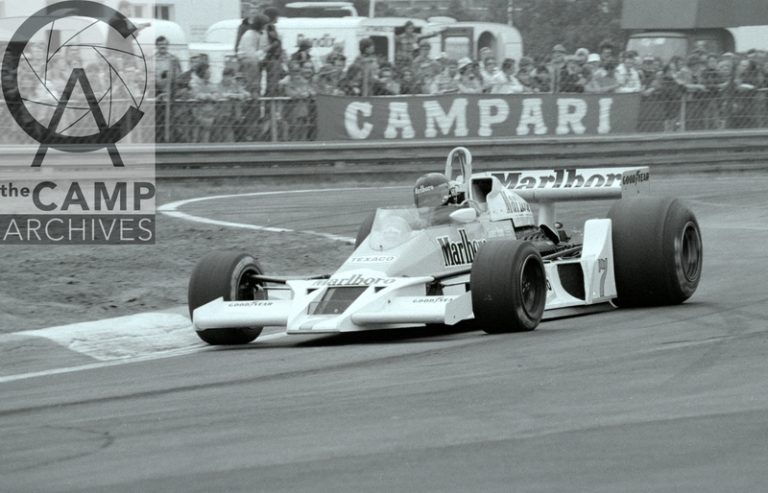 James Hunt in the McLaren M26 during practice for the Belgian GP at Zolder. 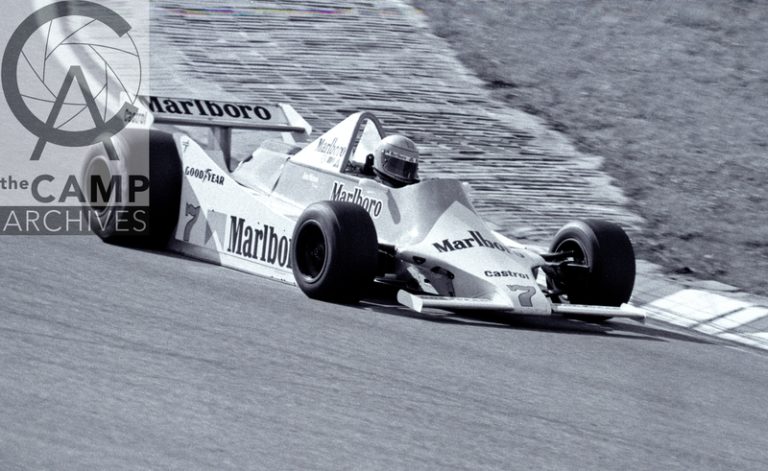 John Watson in the M29, already featuring moveable side skirts. 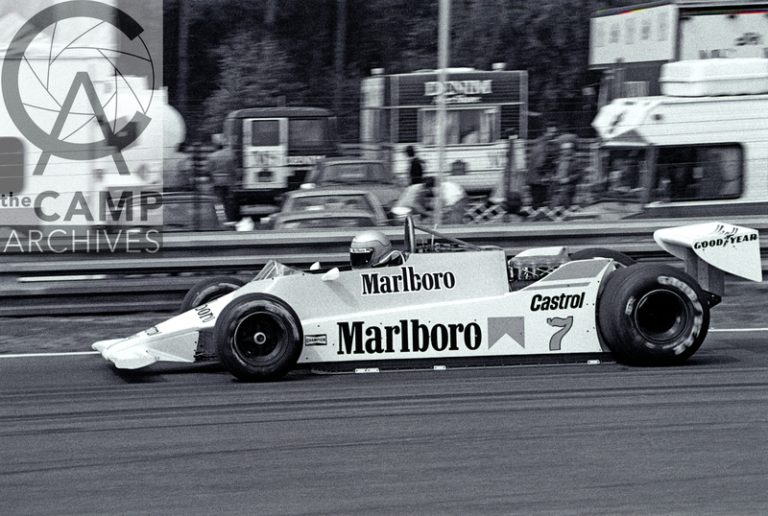 Watson in the rather uncompetitive M29C which, of course, featured side skirts on its way to become a real ground effct car.. 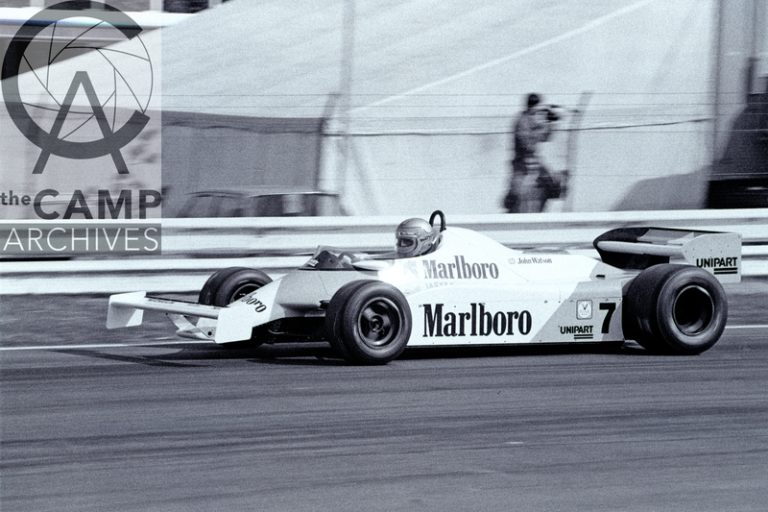 John Watson in the McLaren MP4 which had a new front wing mounted on top of the nose cone. 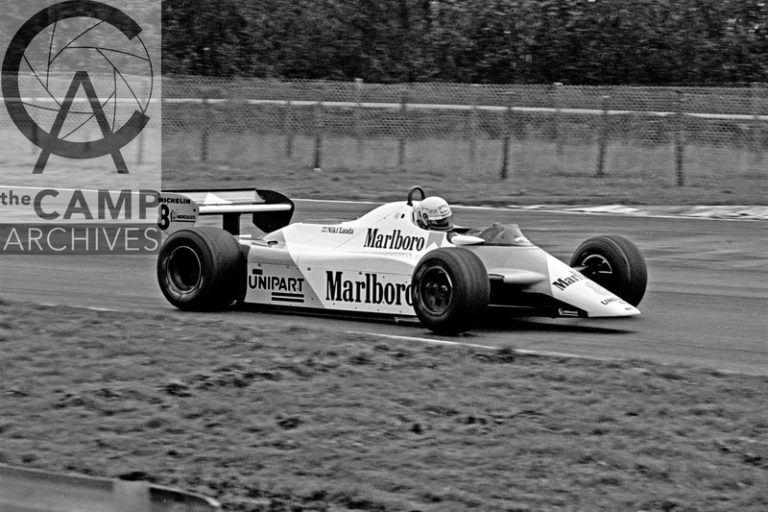 The McLaren MP4-B was much more competitive than the previous year's car. Niki Lauda had returned from his retirement from F1 to drive for McLaren.