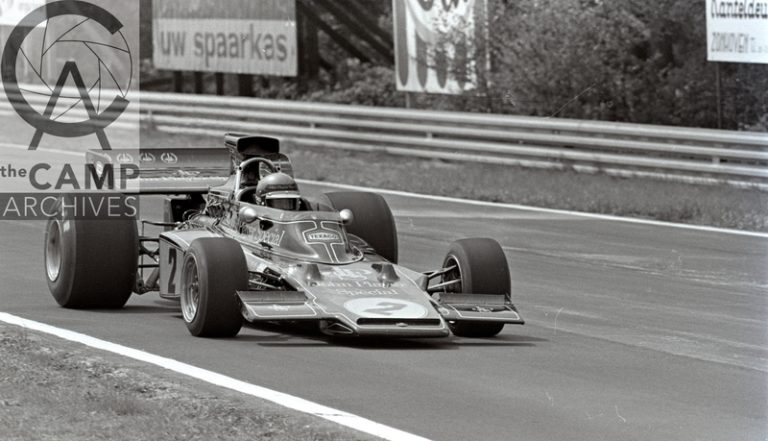 Ronnie Peterson braking hard on the approach to the chicane at Zolder. That weekend he contrived to crash three times, writing off two chassis.

Colin Chapman was a brilliant out-of-the-box designer, who produced some very innovative cars, such as the Lotus 72, which featured inboard front brakes and sidepods containing the water radiators. The highly successful Lotus 72 was raced from 1970-1975, which is incredibly long by any standard. Jochen Rindt became world champion in 1970 and Emerson Fittipaldi in 1972. In 1977 and 1978 the Lotus 78 and 79 were the cars to beat, with Mario Andretti clinching another world title in 1978.
During the entire decade Lotus used Ford DFV V-8 engines, which, despite continuous development, couldn't cope any longer with the vast power output of the turbocharged engines that had more and more become the fashion. 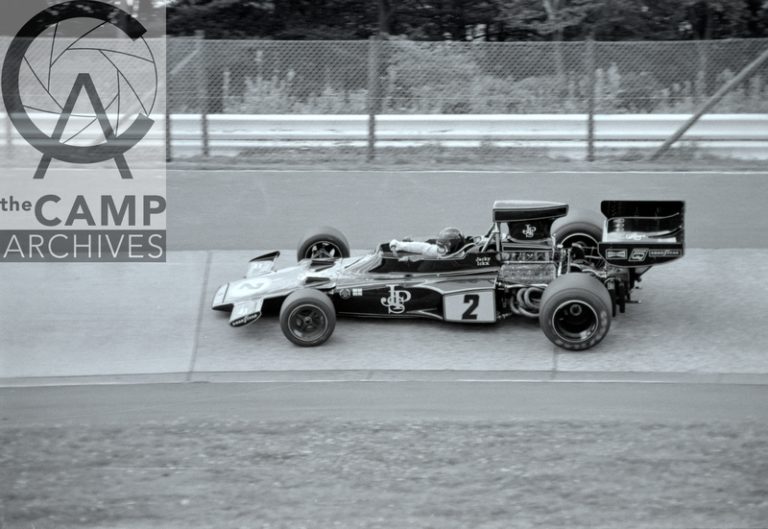 Jacky Ickx taking his Lotus 72 through the Karrussel. His car featured a larger airbox and a modified rear wing. 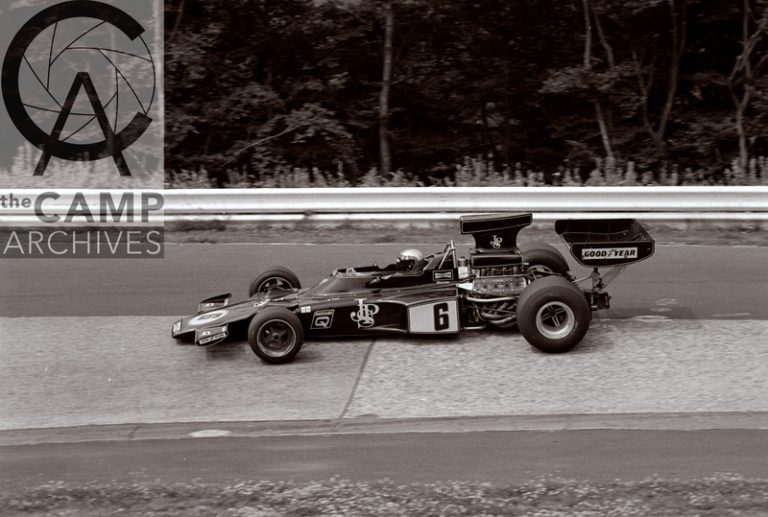 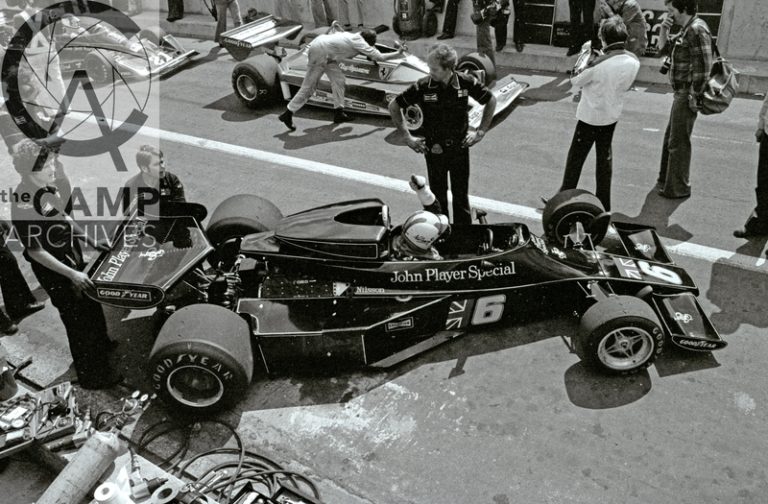 Gunnar Nilsson's engine has fired up and the Swedish driver will soon start his first practice run. 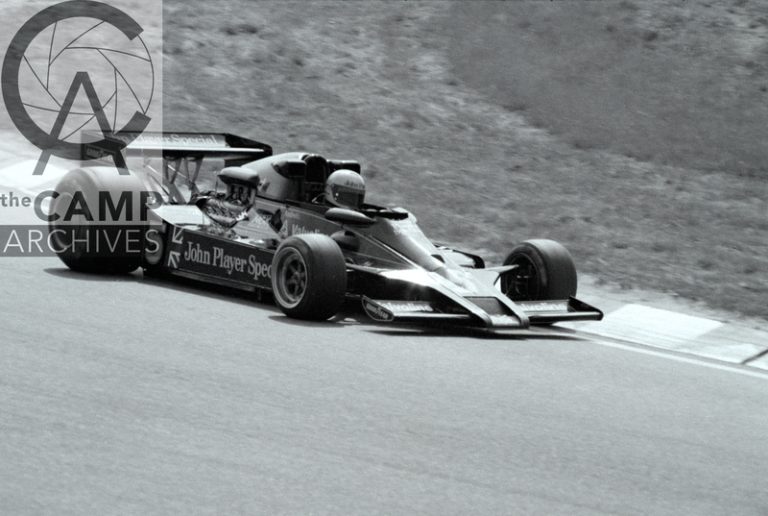 Chapman's masterpiece, the Lotus 78, was the car to beat in 1977. Fitted with moveable side skirts this was already a true ground effect car. 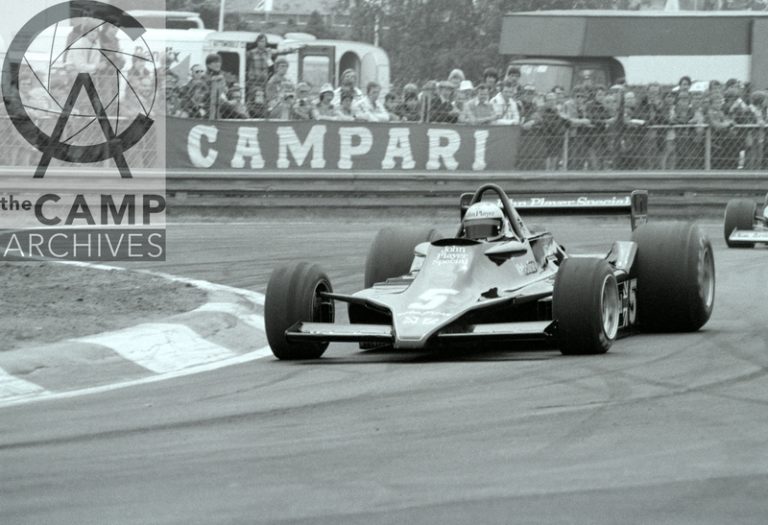 Andretti taking the Lotus 78, another brilliant design by Colin Chapman, through the chicane. He finished 1st in the race on his way to become world champion. 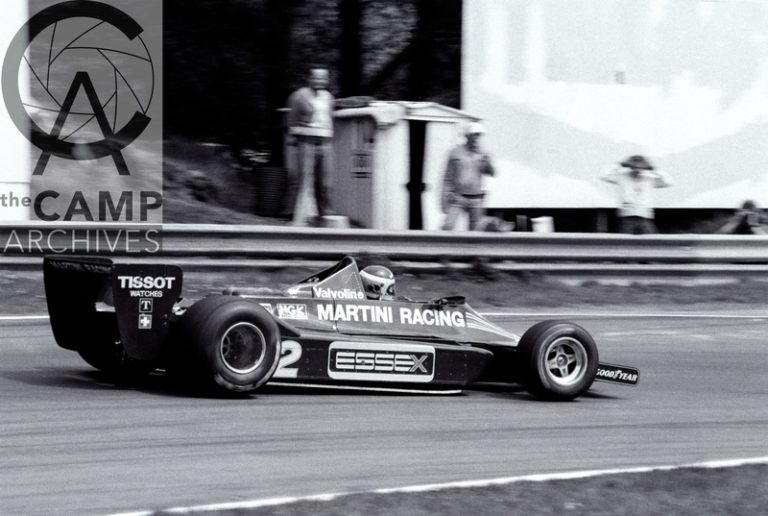 Carlos Reutemann in the Lotus 79. The Argentinian finished 4th in the race. 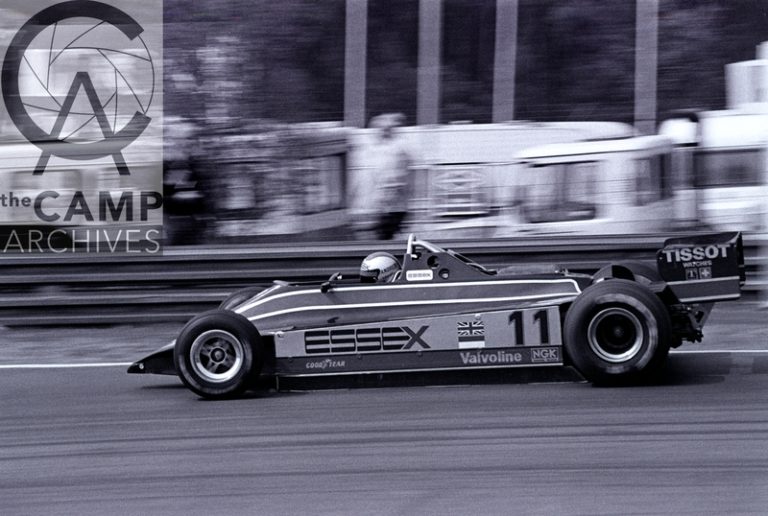 Mario Andretti in the Lotus 81, which was not as competitive as the team had hoped for.