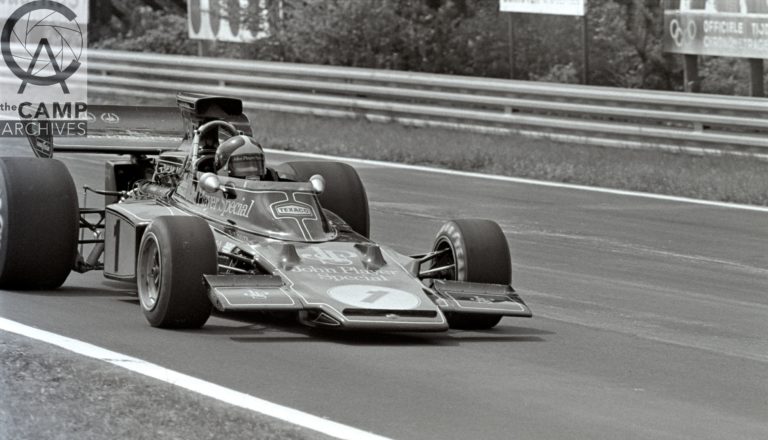 1972 World Champion Emmerson Fittipaldi during practice for the Belgian GP 1973, driving the Lotus 72, which is still in almost original configuration.

The Lotus 72, a brilliant design by Colin Chapman, was raced for no less than 6 years, which is incredibly long by any racing standards. The Lotus 72 was very successful, with Jochen Rindt and Emmerson Fittipaldi winning the World Championship for drivers in 1970 and 1972 respectively, and Lotus winning the Constructors' title in 1970, 1972 and 1973. Between 1970 and 1975 the car was frequently modified to keep it competitive and to meet new regulations. Some of the many changes made to the Lotus 72 in the course of its long racing career include different rear wings, enlarged air intake boxes, revised track and suspension settings, relocation of the battery, and a different wheelbase. The cars always looked immaculate, especially in their stunning JPS livery. 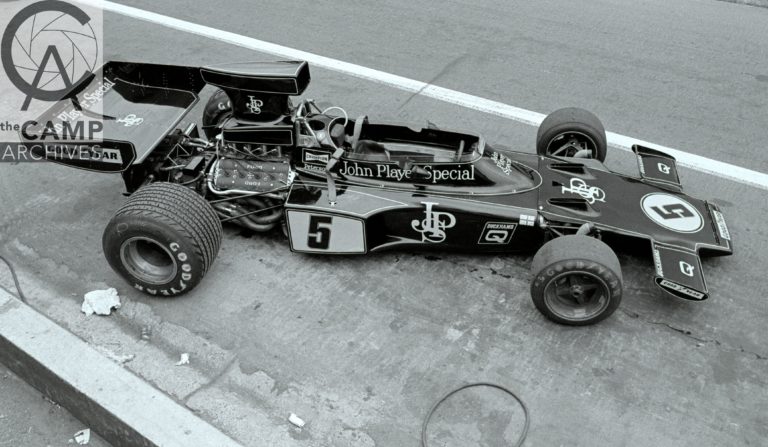 In 1975 the Lotus 72 was fitted with a larger air intake box and a larger rear wing. 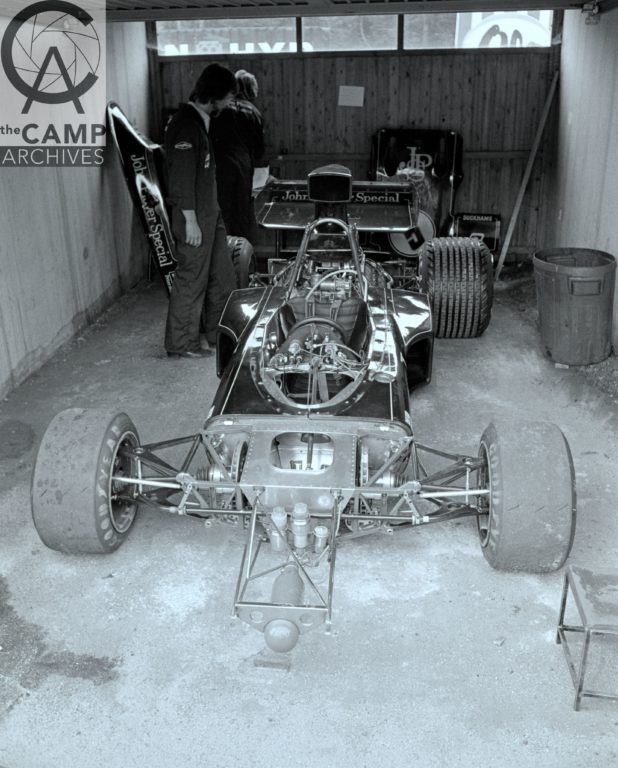 The front end of the Lotus 72 carrying the fire bottle while the battery is still located at the rear. 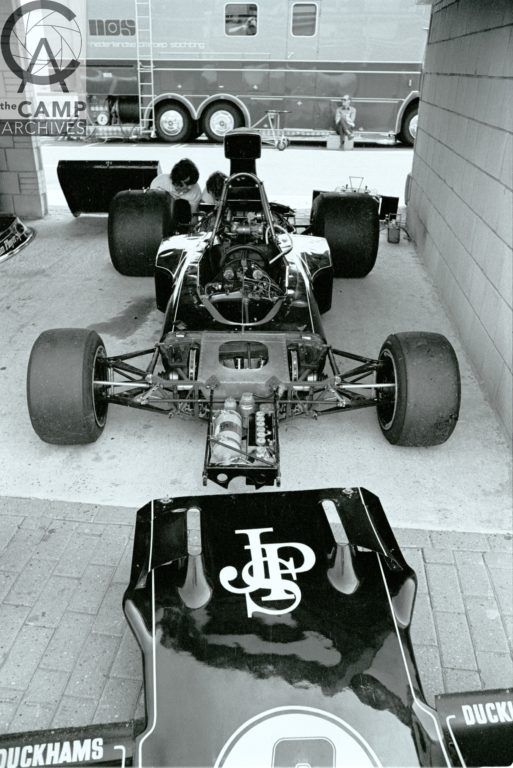 At Zandvoort the battery had been moved to the front in an attempt to improve weight balance. Extra airducts had been fitted on the nose cone to cool the brakes. 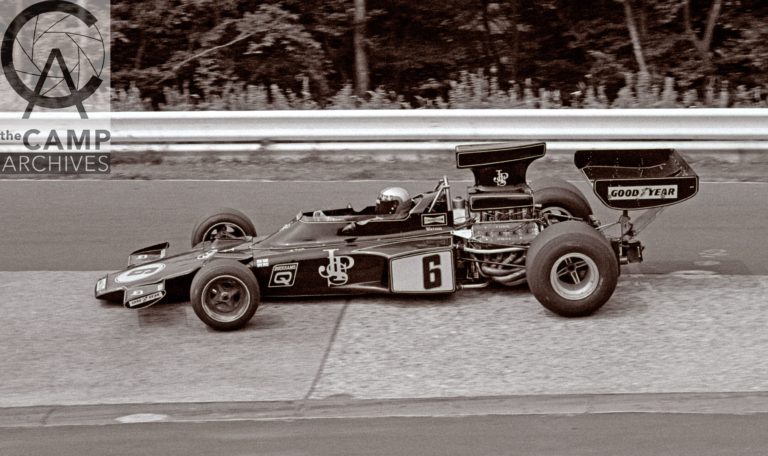 John Watson entering the famous Karussell in the long wheelbase Lotus 72, chassis 72/8, with the oil tank mounted between the driver and the engine.