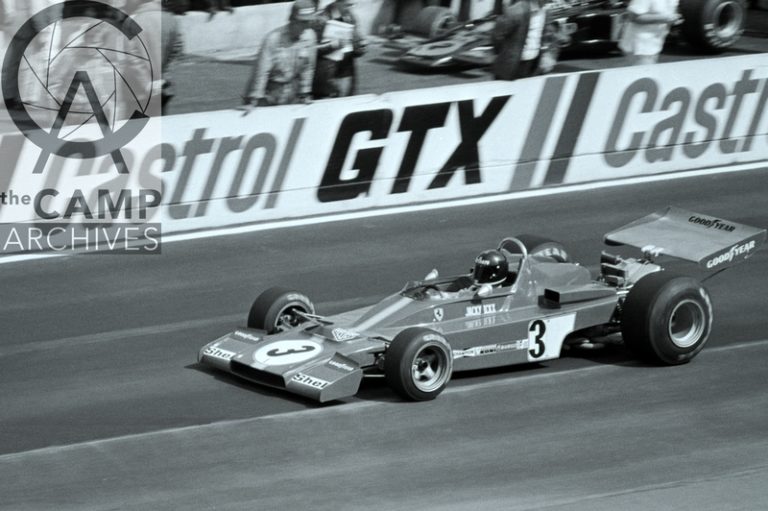 Jacky Ickx in the 1973 Ferrari during practice for the Belgian Grand Prix at Zolder in 1973. He qualified 3rd on the grid but had to retire with engine problems. 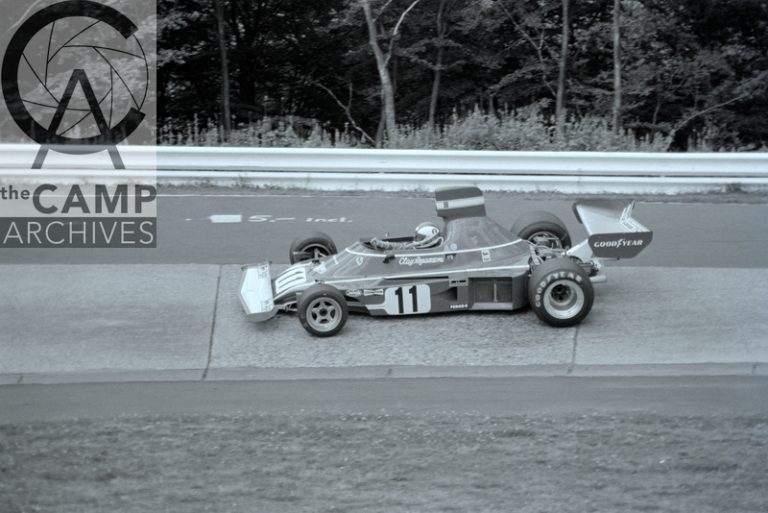 Clay Regazzoni in the Ferrari 312B-3 with which he very nearly clinched the drivers' title in 1974. 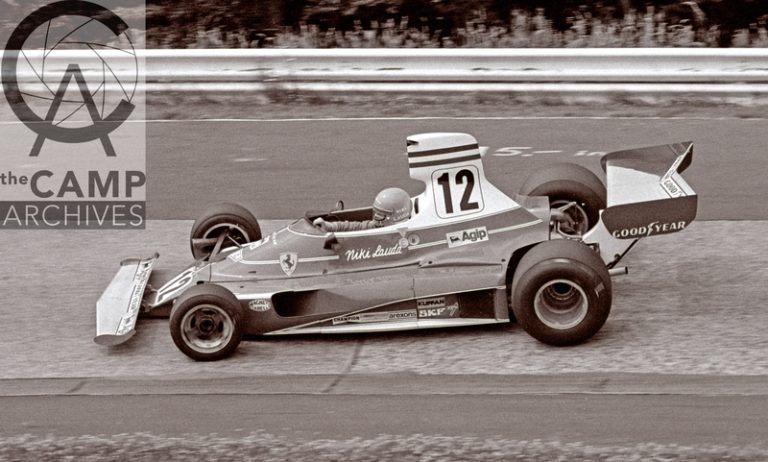 Niki Lauda taking his Ferrari 312T through the Karrussel. The 312T was very competitive, with Lauda winning the drivers' world championship title by a huge margin. 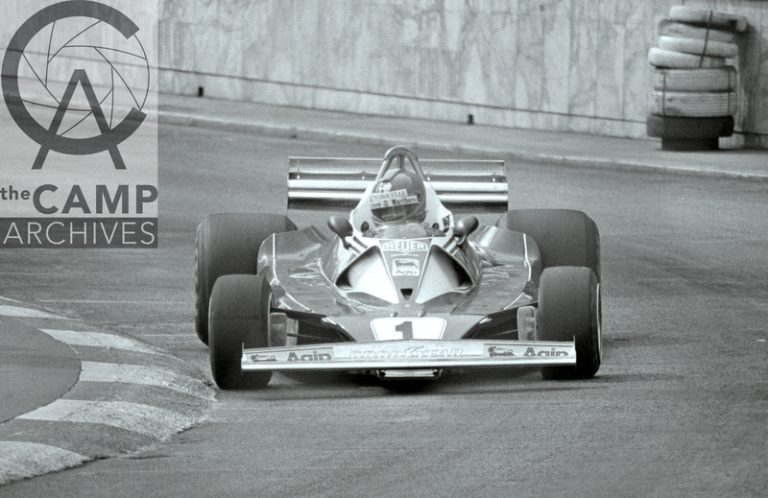 Lauda taking Casino Square in the Ferrari 312T. He would most certainly have won the drivers' championship again that year but for his terrible accident at the Ring. 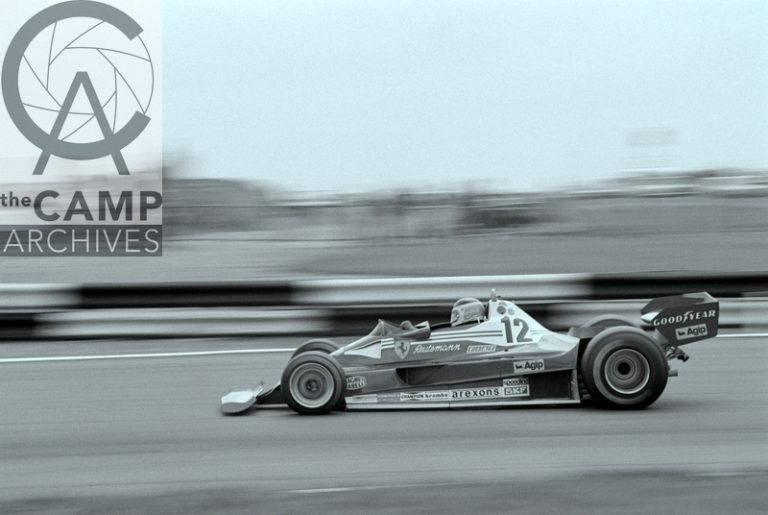 Carlos Reutemann in the Ferrari 312T at Silverstone. Niki Lauda would regain his championship title that year in a Ferrari 312T. 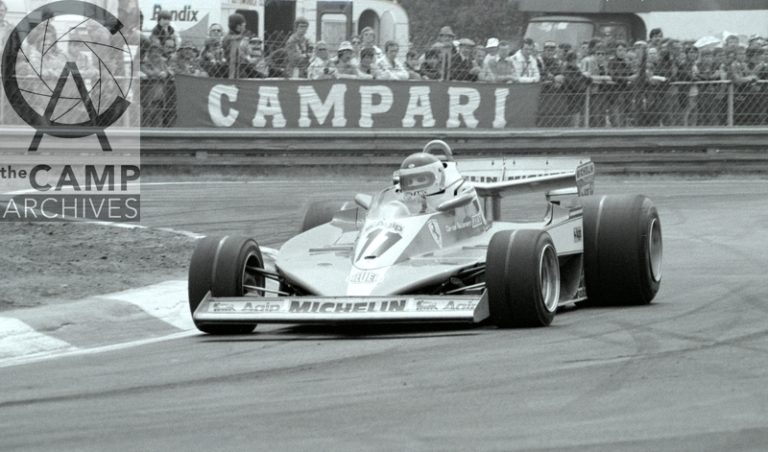 Carlos Reutemann taking his Ferrari 312T-3 through the chicane. 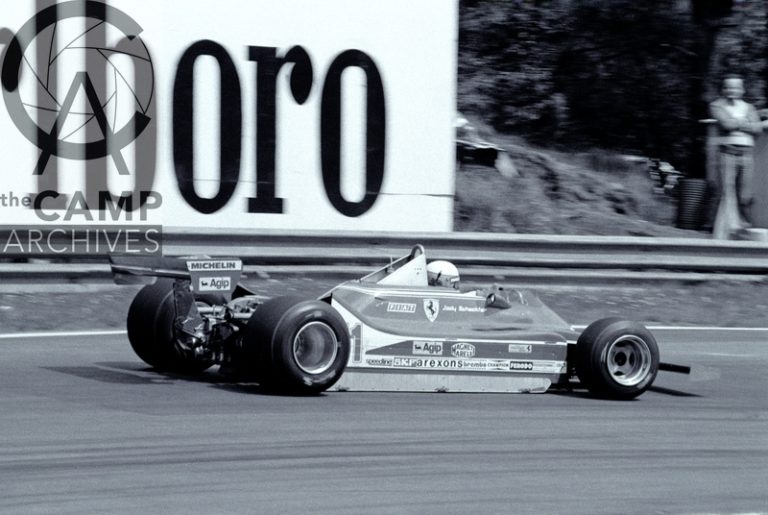 Jody Scheckter in the successful Ferrari 312T-4. The South African was to become world champion that year. 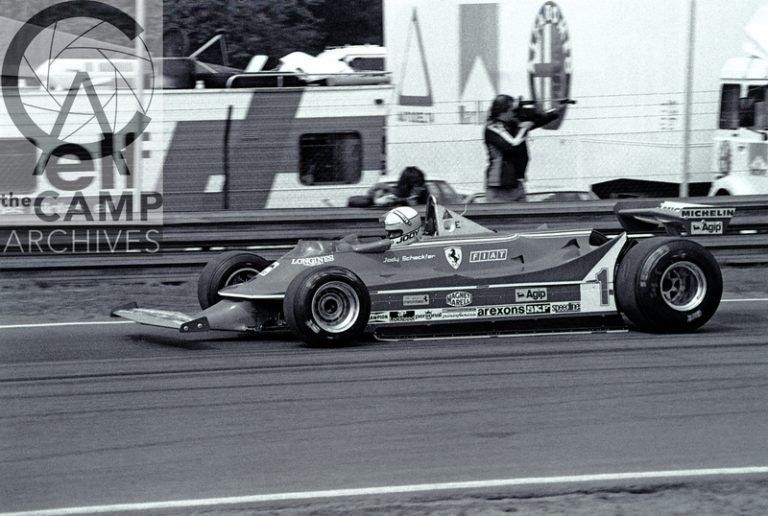 In 1980 the Ferrari 312T-5 suffered from poor handling and reliability problems. Competitors had made more progress in developing ground effect cars. 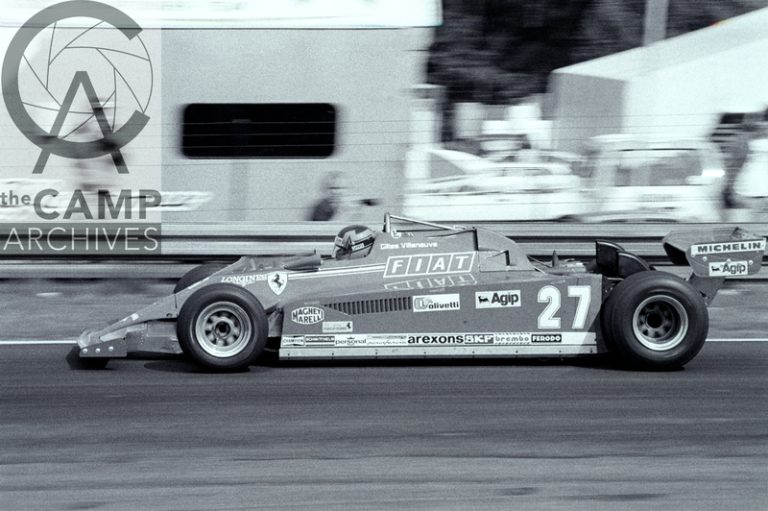 Gilles Villeneuve in the turbo-charged Ferrari 126C, which was very quick, but didn't always last the race. 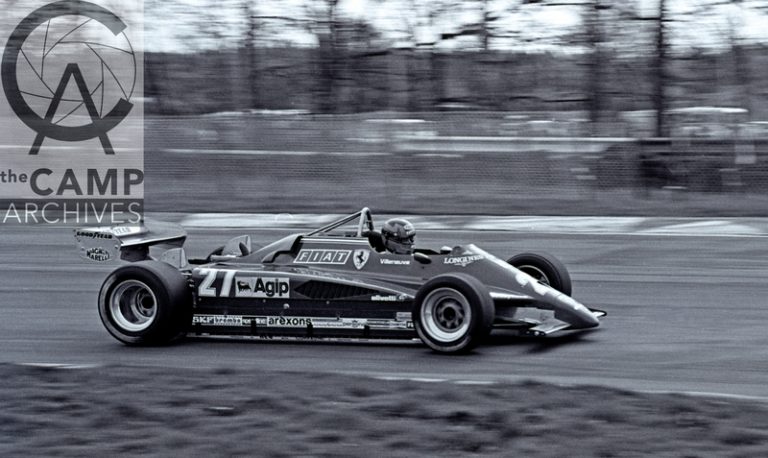 One of the very last photographs of Gilles Villeneuve in the Ferrari 126C. The Canadian was to have a fatal accident only a few moments later.